I’m on a roll with book reviews right now? Maybe I should just entertain y’all with these while I figure out my next story.

Back a while ago, I talked about the rest of the books that relate to this one (drop down to the section on Maradaine in the blog). As a bit of a story recap, this is a set of (potentially) inter-related series that all take place in the magical city of Maradaine, which is effectively a fantasy version of New York. (This is not a knock on it. I giggled so hard once it sunk in.)

The first series (under the heading of Novels of Maradaine) follows Veranix Calbert, a young man on a mission to stop the drug trade in his neighborhood while studying at the local magic college. He’s more or less a magic Batman.

The next series is the Maradaine Constabulary, which, from that name, you can tell is about the cops. They’re in a section of the town a few neighborhoods over. Like Law & Order? Then this is a series for you.

Which leads us to the latest series, the Streets of Maradaine, with its debut, Holver Alley Crew.

END_OF_DOCUMENT_TOKEN_TO_BE_REPLACED

A two for one book review! Along with a discussion on what not to do in a paranormal romance.

On the update side, working on a new steampunk project and trying to still work out plot issues with VH. It’s always lovely when your villain can’t get his act together to bother the protagonists.

Anyway, struggles with writing leads to reading and I ended up with a few new books. I was initially going for Marshall Ryan Maresca’s new book The Holver Alley Gang, but the first bookstore I visited didn’t have it. But I ended up seeing this: God Save The Queen by Kate Locke. A long wait a few days later had me downloading Clean Sweep by Ilona Andrews.

The last two basically became a study in opposites and are the focus of today’s review.

END_OF_DOCUMENT_TOKEN_TO_BE_REPLACED 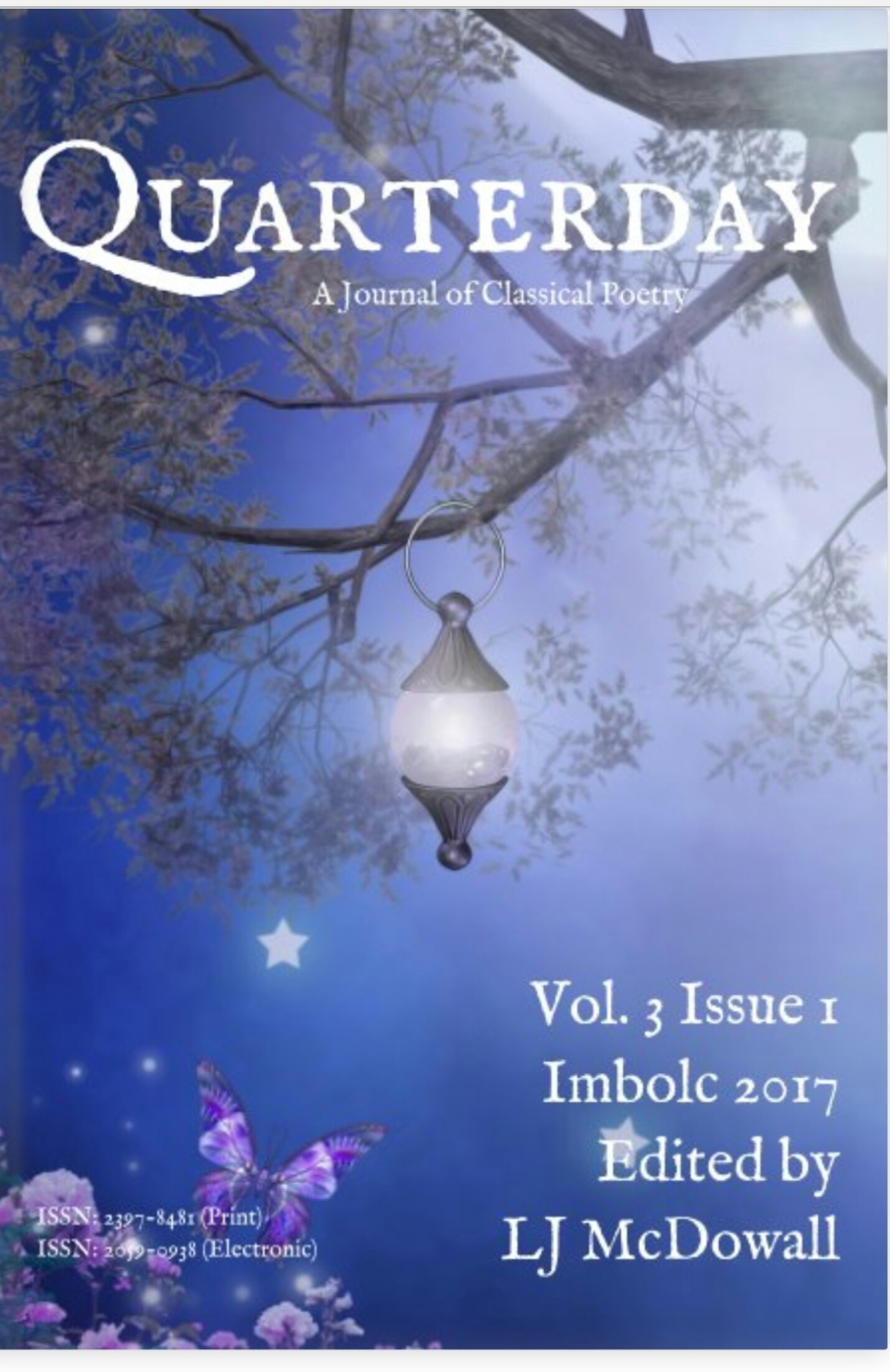 2 posts in as many days? Shocking!

Quarterday has released its Imbolc 2017 edition. We have a fine selection of poetry this go around for you to enjoy; even one of my poems made it in!

The fact that my fellow staff likes my poetry still surprises me, though, given my difficulties with the form through high school and college.
To pass along an announcement, Quarterday will only be doing two publications this year (this issue is technically the last of last year’s cycle). We are still taking poems, but it might be longer before you see yourself in print via us.

Ugh. It’s been two months since I’ve touched this thing.

Sorry guys. I’m sporadic, but didn’t mean to be this sporadic.

Current state of writing: working on a new short story for the next anthology (more info upcoming as we get closer to whatever deadline we set, but do know that we’re working towards another), and still struggling with plot details on VH. I’m about to just start throwing things on paper and seeing what sticks XD

Over the winter holidays I read a bunch of different things (when not distracted by illnesses and a new game system <3), and I kept meaning to write up full reviews, but I don’t think I’m ever going to sit down for full-length ones at this point. Too much distance. And some will probably get touched on again as I continue the series. So here’s a real quick round-up of some of the things I picked up and what I thought:

END_OF_DOCUMENT_TOKEN_TO_BE_REPLACED

Current plans: I’ve got a plot outline to work on after figuring out what my new villain’s plan is and writing a couple of silly Christmas shorts for a contest on Scribophile. It’s good to do silly writing again. I may post them on Christmas if they turn out okay.

Meanwhile, Peter Hollens has a new video out. *squees* I will note that I like giving a variety of music, which was always my intent with this particular blog category, but this is Peter Hollens. And one of my favorite Christmas carols. And he got 300+ other singers to work with him. It’s amazing. I’m buying his Christmas album now.

One day, I will actually blog regularly. And then the world will end.

Anyway, Nano was a bust. But I have a new plot for VH, and it actually makes me giddily happy, so here’s hoping I can churn it out and still be on target for looking for a publisher in 2017.

In other news, it’s December! And December means holidays! And this is my first year in ages not having to work retail!

Anyway, so Christmas music is playing constantly at my house right now. But given that it’s Advent and not Christmas yet, I wanted to share something appropriate to the actual season.

…And Peter Hollens just came out with a new release, and it must be shared ❤ (If you’ve never heard of him and have any enjoyment for a capella, you’ve got to give this a listen)

One of the considerations you have to keep in mind as you write immortals is how the passage of time affects them. How does a man born in the 13th century react to modern conveniences after centuries of being without? How do people who have lived in relatively unchanged centuries of life react to the sudden upheavals of the last century? Do they adapt well? Or does it all confuse them? Do they find it fascinating? Or yearn for an older time?

Today’s music is honor of those ideas:

It’s been a hard couple of weeks. Been dealing with a toddler milestone (which is going successfully, thank goodness, but is very disruptive), election year, the end of daylight savings, Ubergroup trades, and just a general bad headspace.

I’ve gotten no real work done on my novel. Blah. I’m probably going to fail NaNo again. But that’s okay. As long as I get some more writing in, it’ll be a win, yeah?

But! I needed a mental break. And a chance double encounter between a Reddit thread and a Humble Bundle offer introduced me to a new series: The Laundry Files.

END_OF_DOCUMENT_TOKEN_TO_BE_REPLACED

I was recently asked for an interview by Penny Blake on her blog, The Curious Adventures of Messrs Smith and Skarry. I was delighted to be asked, and even more delighted to see it up. Check it, and the rest of the blog, out when you have a chance!

I have, ridiculously, decided to go for NaNoWriMo again. This year, however, is a rebellion year.

That’s right; I am casting off the traditions and embracing another path! One that hopefully ends with a solid 2nd full draft of my NaNo project from two years ago. I was stalling on the second chapter of the draft, so NaNo writing is picking up from there. Sometimes you just need the little bit of extra motivation.

It’s working to an extent. I finally figured out how to start the chapter 🙂